David Hockney is in his mid-80’s still working. What an inspiration.

A man encounters a Glory Hole and falls deeply in love. But what happens when the one you love isn’t faithful? The band is Digital Leather. The song is “Hurts So Bad” from the record Warm Brother on Fat Possum Records.

When Shawn from Digital Leather asked me about making a video of “Hurts So Bad” I was hesitant. I was hesitant for two reasons: what if I didn’t like the song? Can I actually make a music video? I agreed…but hesitantly. When I heard the song, I decided almost at once I loved it, which wiped away the first fear.

And even now, almost 10 years later,  I’ll stand by my music-video-makin’ skills.

Pitchfork liked Warm Brother, too. But not as much as I did.

Categories: videos, What went on a while ago. Over the past few days, I’ve been duplicating all the book listings I have over at the synaesthesia press eBay store to my new, fancy-schmancy online presence here. Have you had a chance to note the price difference between my eBay store and here?

I don’t have a lot of books online, but hey — it’s an adventure that’s sure to expand. From the rate it’s taking me to post — coupled with how many books I’ve managed to accumulate since I dunno when — I’ll probably be doing this until sometime in 2065. That’ll make me 102-ish, depending what month I wrap it all up.

After I wrap, I’m gonna celebrate by getting my ass tattooed. As a hunky sailor or three watch.

If you are going

go all the way.

I started making creative pictures in earnest a decade (or so) earlier. I had a couple false starts — late 90’s, mainly — only because of a lack of self-esteem. It’s something I’ve thought about, too. I brought a camera to some  shows in the mid-90’s, but I just hated the feeling of being “that guy”. I picked one up again a few years later, but I just couldn’t shake that feeling.

I had been working as a director. Dirty movies. Creepy, I know. But the work pays well. A few years earlier I had been denied tenure at one one (and only) job I had ever truly enjoyed in this life, and some pals who had started making big money in the early, early days of internet smut offered me a gig shooting content. This made more sense to me that returning back to The Middle-school-high-school Gig. Plus, it paid well. Really well. But that’s another story.

Eric Kroll was having dinner with some friends when my pal Adrianna Nicole introduced us. I had no idea who Eric was, but I was aware of Fetish Girls. It was one of Cherry Poppens very favorite books, and she was one of my very favorite people. Poor Heather. Rest in Peace.

I had just blown one of my packs, and I mentioned this to Eric. Maybe just as a way to make some conversation. I mean we’re five minutes deep into knowing each other, and Eric is offering to take me to his storage unit to borrow one of his. The very beginning of a close friendship / mentorship that lasts to this day. But I digress.

Eric’s work and the knowledge he started sharing with me was boosting my self-esteem, and I didn’t feel so much like a fraud; plus, my job was taking pics of naked people doing the nasty. Why not pay for another hour for some arty-farties? (“Arty-farty” is my go-to term for anything I do creatively.)

I was aware of Hockney’s photos / photocollages, and I still have my mom’s old SX-70.  But it was super inconsistent and that film is expensive. The Fuji Instax is new and reliable and on a work-related trip to Samy’s, I teated myself to one and started to experiment.

I didn’t want to (nor could I) make photocollages like Hockey’s, but I sure as fuck gave it a whorl. And after the solo show I was going to have at a small gallery in Louisville pulled the plug at the last minute (work was already framed), Jody and Stephen from These Days graciously stepped up to the plate and took a chance on me. They also published my photozine Various Self Portraits for the show.

And for that, I am forever grateful.

Category: What went on a while ago. But like most rides, who knows how long it’ll last. I’ve got my post-COVID energy going, so I’m going to revive the blog (who the fuck blogs anymore!? Where’s your TicTok and your Podcast ?!), and add my virtual bookstore (cause I can’t brick-and-mortar).

Let’s see how long I can keep it up. Pun intended. 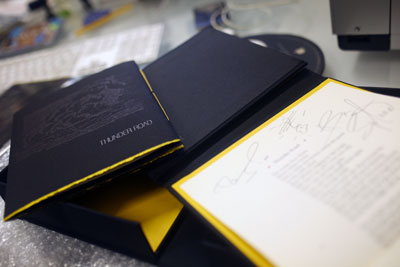 Here’s Mark’s words on the book, as well as all the information you need to purchase a copy. The book was oversubscribed upon publication, and there will be no reprints. 100% of the proceeds from this project went to TreeHouse. So I’m scouring the flea markets and second-hand shops and thrift stores and all that usual nonsense on a not-so-recent trip to San Francisco, and I was having terrible luck. I’ve never really had any luck in SF, though, so I wasn’t surprised. I made one last stop over at The Magazine on Larkin Street. I used to live in the neighborhood, and it’s one of my very favorite places in the city. It’s the only store I know where I can find early Beat magazines and Betty Page bondage mags under one roof. Their Vintage Smut offerings are incredible — world class — as is their knowledge on the subject.

They’ve got a couple of boxes filled with hundreds of photographs; one box houses the tame, weird stuff, while the other features mostly hard-core smut. I like to rummage through both.

I pull an old Polaroid of a girl wearing a helmet. It’s a motorcycle helmet, but it looks almost like an astronaut’s. Upon closer inspection, I’m not even sure it’s a girl. I’m pretty sure she’s a she, but who knows for sure. I set it aside, but I wasn’t ready to commit my 25 cents for it.

Deeper into the box, I pulled a second pic from the same sitting. This time, she’s looking away in this sort of arty-farty way that intrigued me. I wondered if she had the camera on a tripod and was taking a self-portrait. I wanted to know if she worked in a lab — or if she might have been a doctor. I wanted to know why she was sitting for a picture in her helmet, and why she chose to look away on the second take. I wanted to know why one picture was developed in January, while she waited another month to get the other one developed.

I flipped the second picture over, and since it was priced at a dime, how could I put them back in that box?

Some time later — just a few weeks ago, actually — I bought a new scanner, and the first two things I decided to scan were the pictures of the girl in the motorcycle helmet. And when I started messing around with the two scans in Photoshop, it became clear to me what she was doing in the second picture.

Well, not so clear, really.

But something’s about to go down, and it might not be good.

And at that second, when it dawned on me there was a second person living in this picture, and how that second person radically altered the mood of both pictures — it really startled me. So much so, I’m thinking of printing  something featuring the two images…cause that’s how I roll.